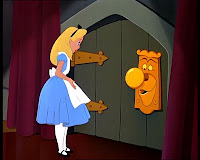 Since we have oh-so-wisely decided to take the majority of September to do our move, we had a pleasant holiday weekend divided between moving, play, and chores.

Saturday, we spent the whole day moving EVERYTHING out of our storage locker so we could throw that money down the drain no longer. We were out by 5pm, cut off thanks to the office closing, which is dumb since the unit we had in Issaquah just let us go until close at 8pm. The MLK unit needs to apparently INSPECT the unit with you in it <roll eyes>. We left the truck at the house and went and had dinner at Torero's. I mention this because I strayed from my usual chicken enchiladas and took a gamble on their enchilada al pollo con mole. Oh heaven, am I glad I did! Their mole is SO yummy! Flavorful and complex, not too sweet, with a smokey note. Luckily, A came to help us unload after she got off work. Good thing as J and I found ourselves just tuckered out and moving at a snail's pace with the last of it.

Sunday was our day of play: we went to Bumbershoot.

We had a fairly unambitious schedule that gave us an enjoyable day. We started with seeing The Lonely Forest, a band from Anacortes. They were actually pretty enjoyable. I'm no music aficianado, but I liked the frontman's voice, it sounded like an early Michael Stipe circa Shiny Happy People with a little bit of Ben Gifford and a third of something else (himself? lol).

We didn't know that you were supposed to get tickets ahead of time for the non-music acts so we ended up in the stand-by line for the one thing I really wanted to see. Luckily, too many of the ticket holders either bailed or failed to show up the required 15 minutes before show time so despite being half way down the line, we got in to see The Improvised Shakespeare Company. That was really enjoyable, although I was a tad put out by the heavier "message" referencing gay marriage at the end. I'll go with J's estimation that they were just trying to be really topical since Dan Savage had an It Gets Better slot at Bumbershoot as well.

After funnel cake with powdered sugar, whip cream and strawberries (what, you thought I'd pause long enough to take a picture?!), we waited in line for Puppet This's performance of Manos: Hands of Felt. The only way to explain this is to take from their website: "The Worst Movie of All Time brought to Terrifying Puppet Life!"

It was hilarious! We now have to get a copy of the actual horrible movie to watch and see how it compares to the puppet version.

Monday was kind of a lazy chore day. After dinking around for part of the morning, we loaded up the cars with some "Okie-load" items and went down to the house. My dad and his wife came to see the place and arrived before me. Dad was watering the plantss....oh shoot, I guess we need to remember to do that now! Hard to remember when we don't live there yet :) Just when we were finished unloading the cars, 3 people came walking past and yelled up the driveway to us asking if we were the new neighbors. We came down and introduced ourselves and they called some other neighbors over. We had a nice chat and it added to our hopes that we will be moving into a neighborly neighborhood. They also gave us a flyer as apparently, the neighborhood annual picnic potluck will be Thursday. We definitely want to go and get to know our new neighbors a bit more!

Last bit of news...we did our first official bit of DIY home-ownership. We had 3 keys for our house and 4 doors..and the front door to the house did NOT use the same key as the back door (other two: garage & basement). The back doorknob was scratched to high heaven and was originally a shiny brass. The front door hardware is SUPER shiny brass. While we don't like it, it will cost around $70 to get a new set so for now, we're just going to rekey the front. We went down to the McLendon's and learned about doorknobs and locks and returned home where we removed the cylinder from the front door. Back at the hardware store, we selected a new knob for the back door and had them rekey the front door to match. Now we have one key for the house, how nice! We installed the new doorknob and put the cylinder back, all on our own. Oh, so proud!

I like one of these best to replace it...when we have an extra $70 just for prettier hardware!

Posted by Adventures in Anderland at 5:28 PM